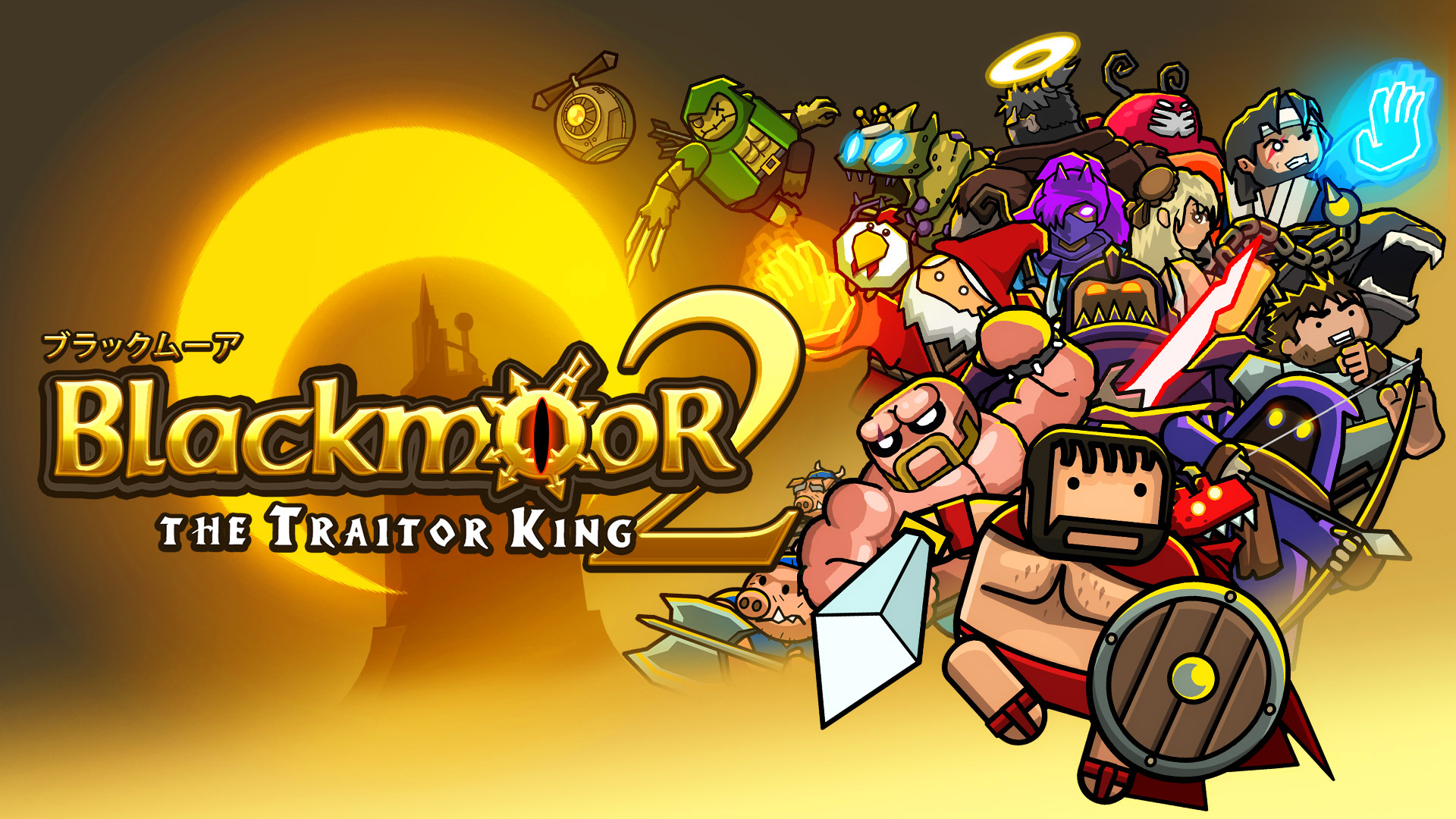 When it comes to reviewing games. We witness it all. Titles that claim quality visuals, exciting gameplay and boasting a high range of quality features,can ultimately fall short of the finishing line, in terms of leaving the player with that empty feeling and yearning of “wanting more”.

At the lower price range of the eshop market, this is sadly too frequent with disappointment imminent.Then when a title borrows so many facets of a title that has been released and played many times before. Its a bit like the movies!

The reboot is never as good as the original.

This brings me onto our reviewed title here,Blackmoor 2. A retro side scrolling beat em up with role playing game elements, in a package with lots of varied scenarios, bosses, online features and even a dungeon creator mode.

On playing,and as mentioned, it’s clearly also evident that this game borrows from many solid and popular titles before it. Making no secret of the fact that this concoction of past title DNA should ultimately elevate it into gaming greatness.

Sitting back,it’s a huge ask, and obviously with the bar set this high,a huge task that must be destined and designed to fail… Surely?

After loading, we are taken to the title screen containing a selection of up to 12 game characters.The list is your usual type of game variants. Fighters, Mages, Healers etc;and also a large wolf and a robotic female amazonian warrior to add to the mix,and adding a touch of variety in the list.

Whichever you choose. Each comes with up to 3 abilities and 3 skins included. It’s true the skins have different names and can be siblings of the main character, but with the abilities remaining the same for each skin. Your choice is purely cosmetic and largely down to personal preference.

It’s here, we realise that the game puts its tongue firmly in its cheek,when for the purpose of this review, I picked the Rat King. A Brutus looking fighter type complete with helmet adorned with a set of rat ears! A slight tinge of humour that has to be said, runs throughout the entirety of the game, bringing nothing but a wry smile and not forcing itself with bad clichéd jokes. Which is,overall,commendable and well received.

Game modes on the right of the screen, start with Story Mode.The main chunk of the gameplay, taking your character into a large mapped game world of different areas, with each completed area unlocking the next.

Sadly, the story is massively cliché and done countless of times before.

“Evil dark Lord invades kingdom causing death, calamity and destruction. So can player character destroy the countless minions and save the day? Etc“. .

A potential disadvantage, considering each character has its own storyline, and yet what soon comes to light, is that the gameplay comes with so much frequency and intensity,in that it drowns out the underlying personal reasons for each character doing what they do. Without any cutscenes as well. I guess it must be there somewhere, but I will own up to not being a story driven player anyway, and maybe that is why I’ve yet to notice it.

Most importantly though, the gameplay is paramount and through progression and unlocking the next area. What is evident, is that developers have excelled in putting variation as the key element.

Generally, players will progress through areas, wiping out enemies, through checkpoints until ultimately meeting the area boss.

Locations include, taverns, castles, fields and more unique battlegrounds like ascending lift platforms, underground mine carts, pirate ship and even a moving train!

Enemy adversaries and area bosses encountered will come in all matter of various forms as well. Sword fodder included, will be groups of ogre and skeleton soldiers, ninjas, zombies,large maggot human hybrids, floating demon mages and sub bosses in the forms of larger skeleton warriors with larger swords and giants brandishing clubs or over confident giants just using their fists!

Bosses pretty much cover all spectrums too. There’s shape-shifting ninja demons, fire spewing dragons and abnormal monstrosities such as a giant pink lobster with a separate detached weapon wielding claw.A Pirate captain that once beheaded, reanimates complete with detachable attacking head,and let’s not forget a mix of the old and new. Classic Medusa makes an appearance here and a strange hybrid boss that looks like Prince Charming from Shrek,combined with the moves of Vega from Street Fighter!

One cannot argue with the amount of content and variation that oozes with each step through this mad world.

To give you a flavour of just one area. My favourite Owl Farm, had me confronting kung fu zombie farmhands, through golden fields and wooden farm structures. Just before confronting this particular area’s boss.A 3 foot jumping frog with martial arts mastery and a spinning knife attack! More Corn of the Dead than Dawn of the Dead!

Naturally, every enemy taken out amasses you XP and coins,that will level up your character and improve your overall strength and stamina. On top of that, should this barrage of endless combat start to tire you. Take comfort in the fact that there are also dungeon areas scattered in certain areas that have to be approached a little differently.

Here,players will need to progress through the dungeon by finding levers to open shut doors,and open other areas whilst avoiding various hazards such as spinning metal saw blades and carefully jumping across moving platforms over lava and toxic poisonous pools and fighting a much more limited amount of enemies along the way.

This adds a brief period of respite, where the level becomes more standard platforming based, with a lot less need to button mash.

Arena areas also change things up a little. Requiring players to take on big bosses over 2 gladiatorial ring phases, and Medieval Football with a no rules, all bruise effort to score 5 goals before your 2 steel knight opponents do.

The game also allows you to leave story mode at any time. From the main screen you can either pick another character to XP and level up by revisiting the story mode world, or you can take on the other modes on offer in the list.

Dungeon mode is a clever and very fine addition. Allowing players to create their very own dungeon level with the tools provided,or selecting a dungeon level from an ever changing and refreshing list provided and created by other online users.

Online play is also included in the Online Multiplayer section with PvP Online and Offline modes included as well.

For this review, I’ve played the Online multiplayer quite a few times and was pleasantly surprised and happy to report that it is well supported with plenty of rooms and players readily available to play alongside you.

Your character will progress through an endless recycled collection of areas from the game. Facing enemies and taking down much harder versions of the bosses from the main game,gaining extra XP, coin and possible item drops.

Everything bodes well, and yet like I stated in the earlier part of this review. Blackmoor 2 contains many parts and sections that you’ve probably remembered and played before.

Graphically,there’s a slight blockiness to the characters, and the colours and general look of games like Rogue Legacy/Devious Dungeon.

There’s many gameplay moments and sections that look like they’ve been taken off Streets Of Rage/Double Dragon, and the coin fountain award system after every boss fight, combined with a certain toxic sewer level, could well have been another Dead Cells.

Online play with so much going on and the inability to find your character at times, instantly takes me back to the times playing Dragons Crown!

Not necessarily a bad thing, and yet there’s that probability that players with this title on Switch and expecting something fresh and innovative and full of new ideas, could possibly feel a tad disappointed with it combining a lot of older elements in this one mixed package.

Sound wise. There are plenty of tunes that are both modern and retro. Each area has its own particular tune which is pleasant and appealing and most certainly without the “beep beep” repetition and annoyance that can sometimes come with retro styles.

Which brings me onto the controls and UI /Menus..

The default control system comes with R trigger/X and Y for special ability. B to attack and A to jump. On the off, and for me personally, I don’t like it at all!

There are plenty of games that use B to jump, and to change that just feels awkward and cumbersome. Luckily though, and through the options menu, you can select “Classic Mode” which reverts the controls to what I feel is the right and most comfortable setting.

Then, there’s a lot to be said about the UI. Quite frankly it’s horrible and painfully slow and at times confusing!? The good point is that you can bring it up at any time. Even in the midst of battle!

Here, you can view your current inventory with weapons, armour and special items equipped. There’s a blacksmith, who will forge better items the better you level up and also a pet screen, where pets dropped with coins after certain victories can be equipped and aid you in battle. (so far I’ve gained an overweight chicken and a baby dragon!)

This is all well and good, but equipping and transferring between good and better items is a nightmare! I cannot begin to tell you how many items I’ve accidentally sold when all I wanted to do was move them!

A little bit more information and a warning screen for selling an item wouldn’t go amiss here, yet sadly and in its present state its just too slow and cumbersome for its own good.

To top that, there’s also points when I’m looking at a blank screen for at least 7/8 seconds whilst moving through menus that needs addressing by the developers in the near future perhaps? in order to keep things fluid and smooth.

Yet overall, my time spent with Blackmoor 2 is one of incredible gameplay, great online support and some truly engaging and addictive experiences and I’ve only just begun to touch on part of it!

It looks, plays and sounds very well and the combination and journey through so many past game references should invoke tedium and stagnancy,and yet through some sort of gaming black magic, it does totally the opposite!

Tons to explore and do with plenty of replay value, comes with a value to justify it.

So having reviewed in my honest opinion. Blackmoor 2 cements itself as one of the finest budget titles on the Switch to date, and with it’s insane gameplay and insane price tag…

You would be mad to miss this…

Thanks to Four Fats for the code.

Tags: Blackmoor, Switch
Summary
Developers have done a great job here. Not content with putting out a platforming beat em up and veering towards possible tedium. Every area contains something unique and new. From dungeons to swimming through shipwrecks to playing medieval football! Blackmoor 2 is a mash of so many interesting ideas that all brilliantly gel together. Superb must own title that won’t disappoint.
Good
Bad
8.5
Great
Graphics - 8
Sound - 8
Controls - 8
Gameplay - 9
Value - 9.5 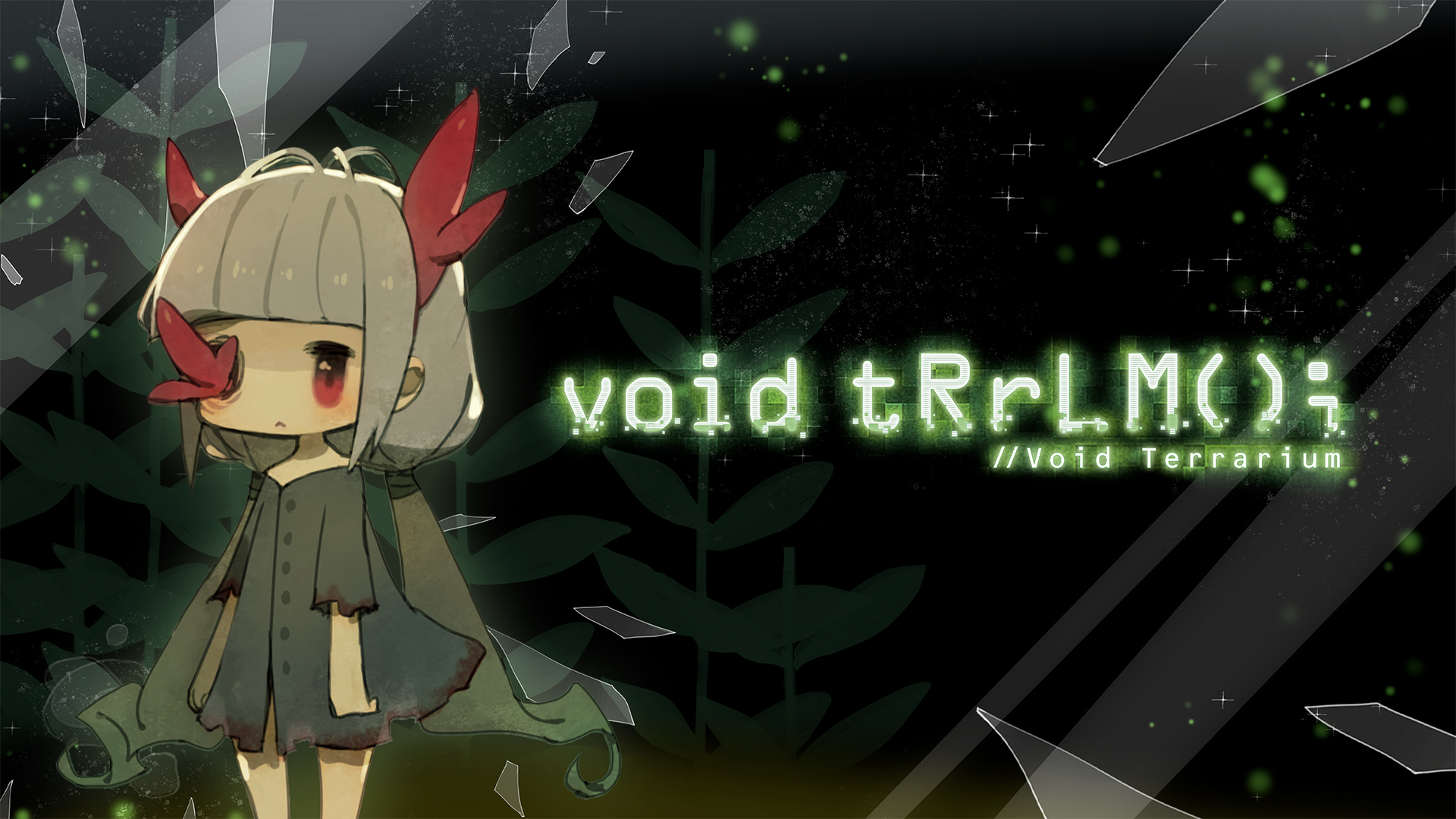 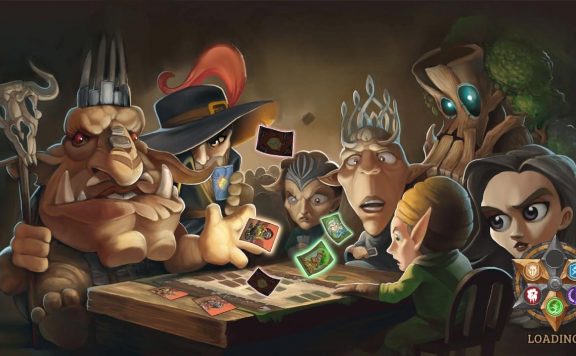 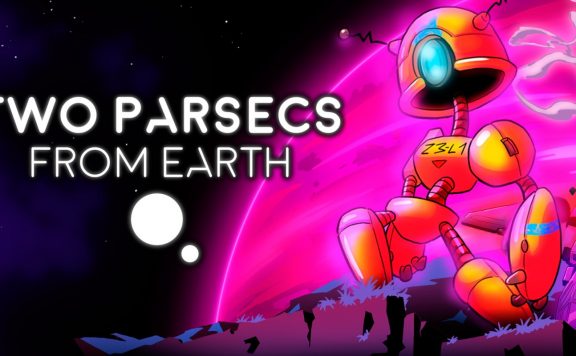