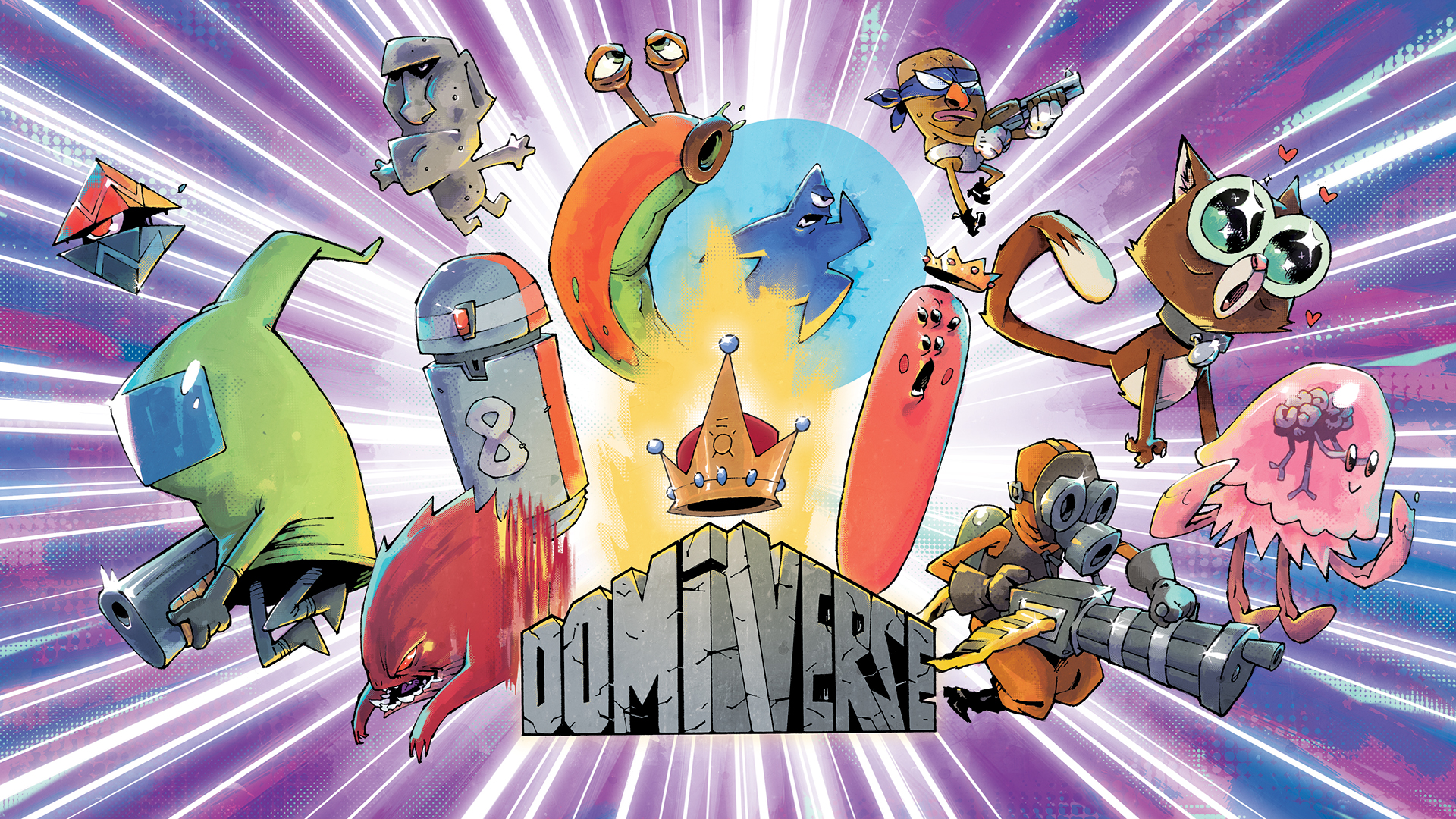 Domiverse is a new fighting arena game from developers Haunted Tie, that brings a selection of kooky characters into battles of frantic fast paced action.

You get 8 characters to choose from at first, with 4 unlockable through game progress. There’s a snake hybrid, starfish, little men like the Jawas from Star Wars, and a sausage that fires a laser!

You get to choose a number of varied arena settings, or you can set at random and choose from the modes Solo Campaign, Challenge or Local Multiplayer for up to 4 players.

There is also a decent number of battle settings that you can fine tune before battle commences, with the standard Death match, Last man standing modes to name but a few, affecting how you play and how you win.

Sound is a quirky tune that compliments the diversity of each character and locations, although graphically and the actual gameplay is essentially where the heart of this game lies..

Battles are “one hit kill” affairs meaning games are fast paced but generally over in seconds and that’s even with 4 characters on screen.Each character is rendered one dimensional and a little weakly drawn that leaves them nearly blending in with the background they are fighting in. The biggest problem for me is the control system and mainly the jump button assigned to the A button. There’s a good deal of games, where it’s B to jump, and with no way of changing this, even in control settings, I found it tricky to adjust to the change with every battle so fast paced.

So to summarise, there’s enough options to tinker with and unlockables with characters and comic book pages. The battles are quick yet rather bland, and the control options limited. Lack of Online Multiplayer always brings a disadvantage with games of this type, yet I can see this game being appealing to a younger audience in front to the TV. Still, the pace of each battle and the quick kill aspect, may mean that even youngsters might lose interest quickly.

Thanks to Haunted Tie for the code.

Tags: Domiverse
Summary
Possibly the worst game to ever grace the Switch. The screenshots say it all and the blank arenas are a good indicator on the level and standard of gameplay you can expect. Children may like it but then you always want the best for your kids..right?
Good
Bad
2
Awful
Graphics - 2
Sound - 2
Controls - 2
Gameplay - 2
Value - 2