I was never very experienced with Doom games before Doom 2016. Growing up, I remember people often criticizing them for being too disturbing, and many believed that games like Doom caused kids to become violent. My parents felt the same way, so I was conditioned to treat Doom like some trivial forbidden thing that I could only indulge in when no one was around. While I did find some enjoyment in it, honestly the game scared me more than anything. I was only seven or eight after all. After a short while, I moved on to Wolfenstein and Duke Nukem. Games that were gentler for my young psyche.

Fast forward to 2016, and a new Doom is released for consoles. Even though I was twenty-eight by now, my feelings about Doom from my childhood still made me a bit reluctant to commit to it. I did enjoy this new Doom on my PS4, but I quickly learned that the game was an adrenaline fueled, high stress experience, and I wasn’t sure if that was what I wanted. Plus I have been more of a handheld gamer ever since owning my first PSP. So I stopped after maybe three chapters and eventually traded it in.

A year later, I bought a Nintendo Switch, mainly for some Nintendo exclusives, and Wolfenstein II, which was coming next year. When Doom came out on November 2017 for my new system, I wasn’t that excited, but figured I may as well pick it up and give it another shot, since I could now play it portably. I had a brief, on and off relationship with the game for the months that followed. But recently, I got a wild hair and decided that I would go all in on Doom, and overcome my reluctance and hesitations. Well, I’m glad I made that commitment, because beating the game once on Ultraviolence difficulty, and again on Nightmare difficulty, was one of the most glorious gaming experiences I’ve ever had.

My Doom 2016 review for the Nintendo Switch is long overdue. I refused to write it until I beat the game on Nightmare difficulty, because I knew how important the Doom games were. Heck, they pretty much invented the first person shooter genre. So I wanted to do this game justice. And to do that, I felt that I needed to beat the game on one of the hardest difficulties, so I could fully understand its inner workings before I offered my opinions. So here goes.

The formula is simple and genius at the same time. ID Software masterfully blended the old school Doom mechanics with their own unique combat system, resulting in heart pounding action that turns the player into an adrenaline fueled, blood thirsty, demon murdering machine. There is no reloading and movement is fast. While in combat, you need to evaluate the battleground, the enemy types within it, and quickly determine where you need to go, what enemies you need to prioritize, which weapons to use, and when you should grab any power ups that might be around. The situation can change at the drop of a dime and it is up to you to adapt and react. What I love about this game, is no matter how high the difficulty, if you are smart, skillful and fast enough, you can overcome any obstacle.

The combat system keeps players engaged and aggressive. Unlike other shooters, where you take cover or retreat if you take damage, Doom 2016 rewards you if you kill fast while your health is low. After enemies take enough damage, they will flash, prompting you to get close to deliver a gruesome execution move called a “glory kill”, which will cause health, along with some ammo or armor to spill out of them. The lower your health is when the glory kill is performed, the more pick ups you get in return. In other words, killing is your primary method of staying alive. If you are really low on ammo, execute your foe with your chainsaw (provided you have enough fuel) to get a boat load of ammo and some health back. It’s a perfect formula for carnage that never stops.

If you want to survive, you must move constantly. There is no cover system here. Enemies shoot projectiles, most of which you can see coming. Some projectiles travel slower than others depending on the enemy type, but don’t think you can just strafe in a circle continuously to avoid getting hurt. The enemy AI is smart. If you travel in one direction for more than a few seconds they will calculate your trajectory and shoot ahead of you. I have been destroyed more times than I’d like to admit, by a slow traveling fireball because I got complacent and ran into it.

Speaking of enemy types, there are plenty, and each one has its own unique characteristics, function, strengths and weaknesses. For example, Pinkys charge you, so you have to dodge out of the way and shoot them in the back where they are vulnerable. Imps are fast jumpy bastards that shoot you with fireballs, but don’t take much to kill if you can hit them. Mancubi are fat slow monstrosities that take a lot of damage and deal a lot of damage as well. The list goes on. With the variety of enemies available, you will also have a large variety of weapons to deal with them. Each weapon feels unique, and each one has two mods to choose from that significantly changes the weapon’s secondary fire. Soon you will know exactly what weapon to switch to for the enemy you are fighting. Of course if things get too overwhelming, you can use your highly effective chainsaw or BFG to get some breathing space. Be careful though, ammo for those weapons aren’t plentiful.

The environments are pretty open and non linear, but not so big that you get lost very often. There is a detailed map to aid you so there’s nothing to worry about there. In some ways, the exploration is similar to Metroid. The game encourages you to search for secret areas that might contain upgrades for your weapons and praetor suit. You’ll want to find as many of those as possible to help make your journey ahead easier. There are also numerous rune trials to find. When activated, they drop you into a challenge map, where you have to complete a specific challenge to unlock the rune. Runes are special perks that you can equip to add special characteristics to your character, such as getting more ammo from killing enemies, making the window of opportunity for a glory kill last longer, and my personal favorite, “saving throw”, which allows you to survive a death blow once or twice. I relied on that one quite a bit toward the end of my nightmare run. A lot of things are unlocked by completing challenges. Even the last upgrade of each weapon requires you to complete a challenge to unlock them. Needless to say, despite there being an upgrade system, skill is always the primary focus.

The sound design is amazing. The ambient sound is eerie and keeps you on edge. The demons have distinct, intimidating growls, and it adds to the tension when you hear them closing in. The heavy metal music created by Mick Gordon drives the pace of combat perfectly. When that music starts to get intense, you know you are in for a fight, and it’s time to rip and tear. There are many music tracks here that you can’t help but headbang to. It makes you feel like a true badass as you slaughter your prey.

There are a wide variety of options for the controls here (including motion aim), so there should be something that works for everyone. There is a weapon select button that quickly swaps to your last weapon when tapped. When held, times slows down and you can select any weapon you want via a weapon wheel. There is also a face button assigned to the BFG and the chainsaw, so you can quickly pull out either one of those with a single button tap. If I had to nitpick, I would say that selecting the grenade type you want mid battle can be a bit difficult, because there are three that you can select with the left and right buttons. But if you memorize the number of taps it takes to get to your desired grenade, it shouldn’t be too hard.

The graphics and framerate are surprisingly exceptional for a Switch port. Most times, the framerate is at a solid thirty. It has only dipped on me one or two times. When it did, it was only for a brief moment, and it was very tolerable. The resolution is dynamic, and changes with the stress load on the system in order to keep the framerate smooth. Even when the resolution was at its lowest, it was never bad enough to take me out of the immersion. Some textures have been toned down, but it’s nothing you’ll really notice unless you look for it. They’ve also lowered the clarity of most of the windows and glass in the game to help with performance.

Throughout my playthroughs, I have noticed some minor glitches. The basic pistol in the PS4 version could be fired as fast as you could pull the trigger. That is not the case here. On the Switch version, depending on how much is happening on the screen, your pistol’s rate of fire may slow down quite a bit. But its not too big of an issue, since the only time you’ll really use a pistol is when you want to take out trash enemies without wasting ammo. Another common problem is that the rocket launcher will sometimes freeze up if you lock on to one enemy after another too quickly. To fix that, just swap weapons and swap back. Aside from that, there was one time when I could not glory kill one of the bosses when prompted, until I hurt him enough to try again, and another time when I got stuck on a stairwell handrail twice during a fight, and I had to free myself by double jumping out of it.

Like in any other Doom game, the gameplay was the top priority here. However, the story is conveyed through your silent protagonist’s actions, some brief events shown via holographic recordings (which you can ignore), and the general tone that is created by the excellent level design and ambiance. As soon as the game starts, you learn that you, the Doomslayer does not give a damn about anything other than killing demons. When someone tries to give him orders or elaborate on what’s going on, Doomslayer defies them and smashes everything into pieces. That’s the developer’s way of saying, “you are a badass mofo. You’re here to kill demons and rage. There’s no need to worry about anything else”. However, you do have the option of learning more about Doom’s lore by reading codex files found in the inventory menu. It’s there if you want it, and a lot of the backstory is quite fascinating.

Doom on the Switch is superb. It is one of the greatest shooters ever made, and it can be played in the palm of your hands. Besides some minor glitches, there’s really nothing bad I can say about it. The combat is exhilarating, the controls are intuitive, it’s bloody, it’s rage inducing, it’s distressing, yet so satisfying and glorious at the same time. Doom 2016 for the Nintendo Switch gets a score of 9.8/10. 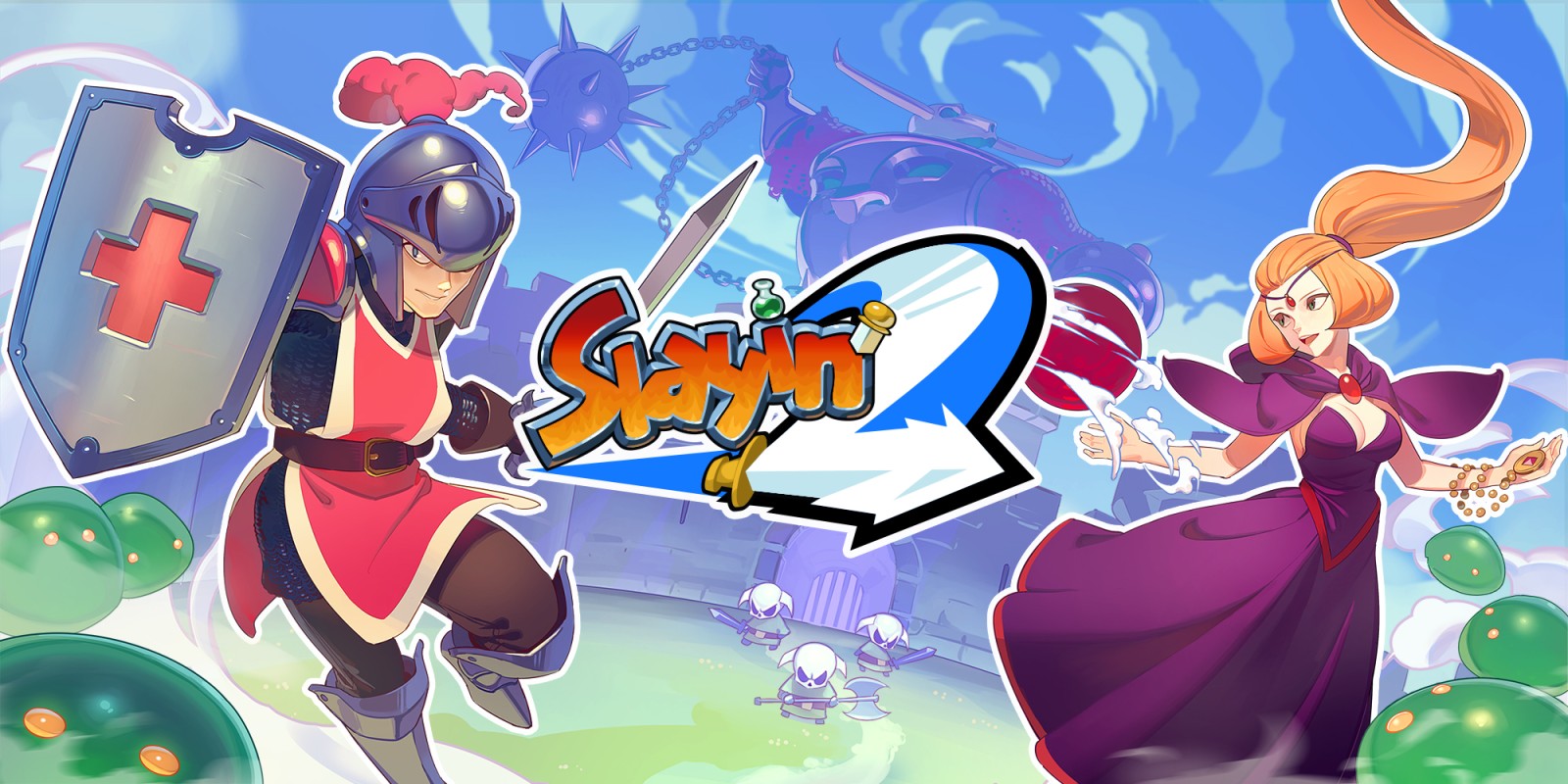 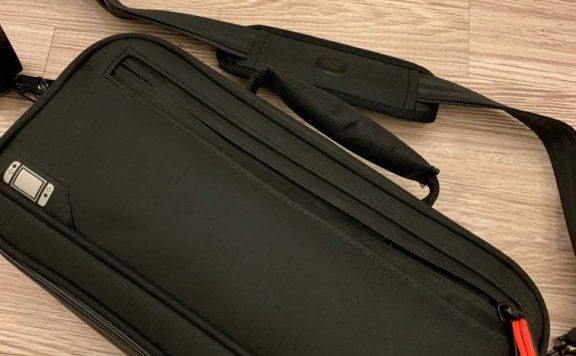 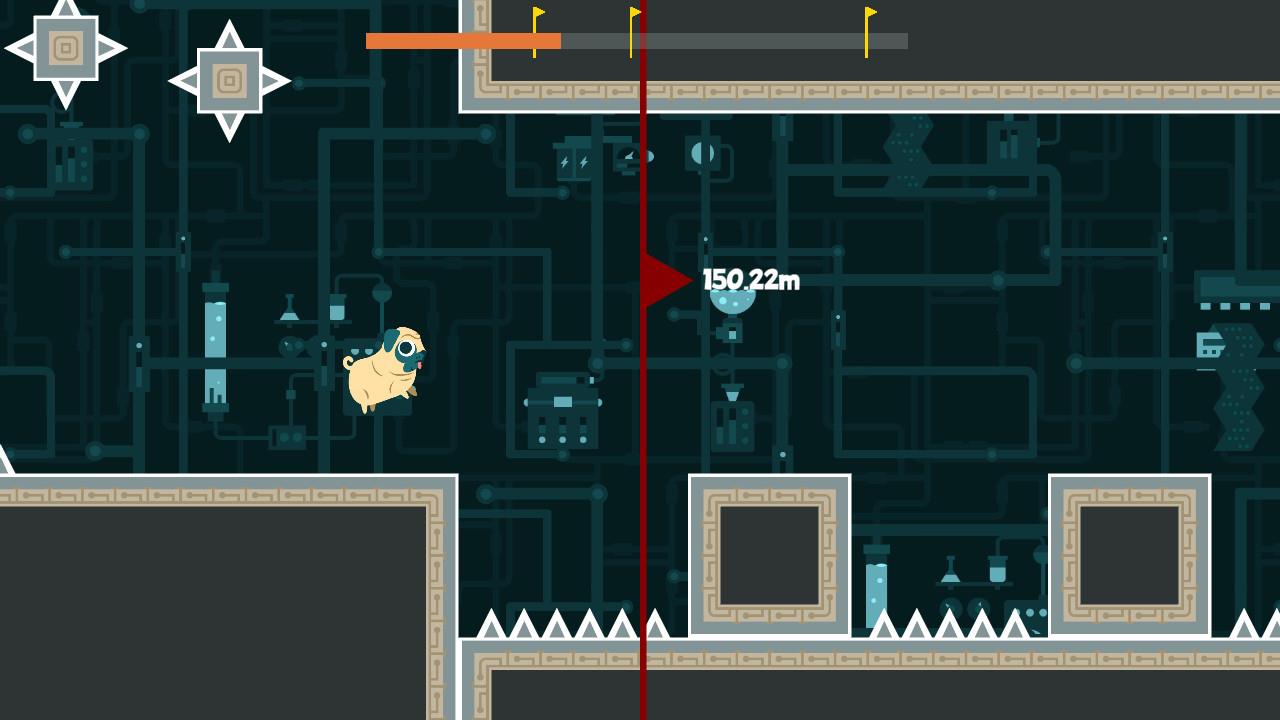