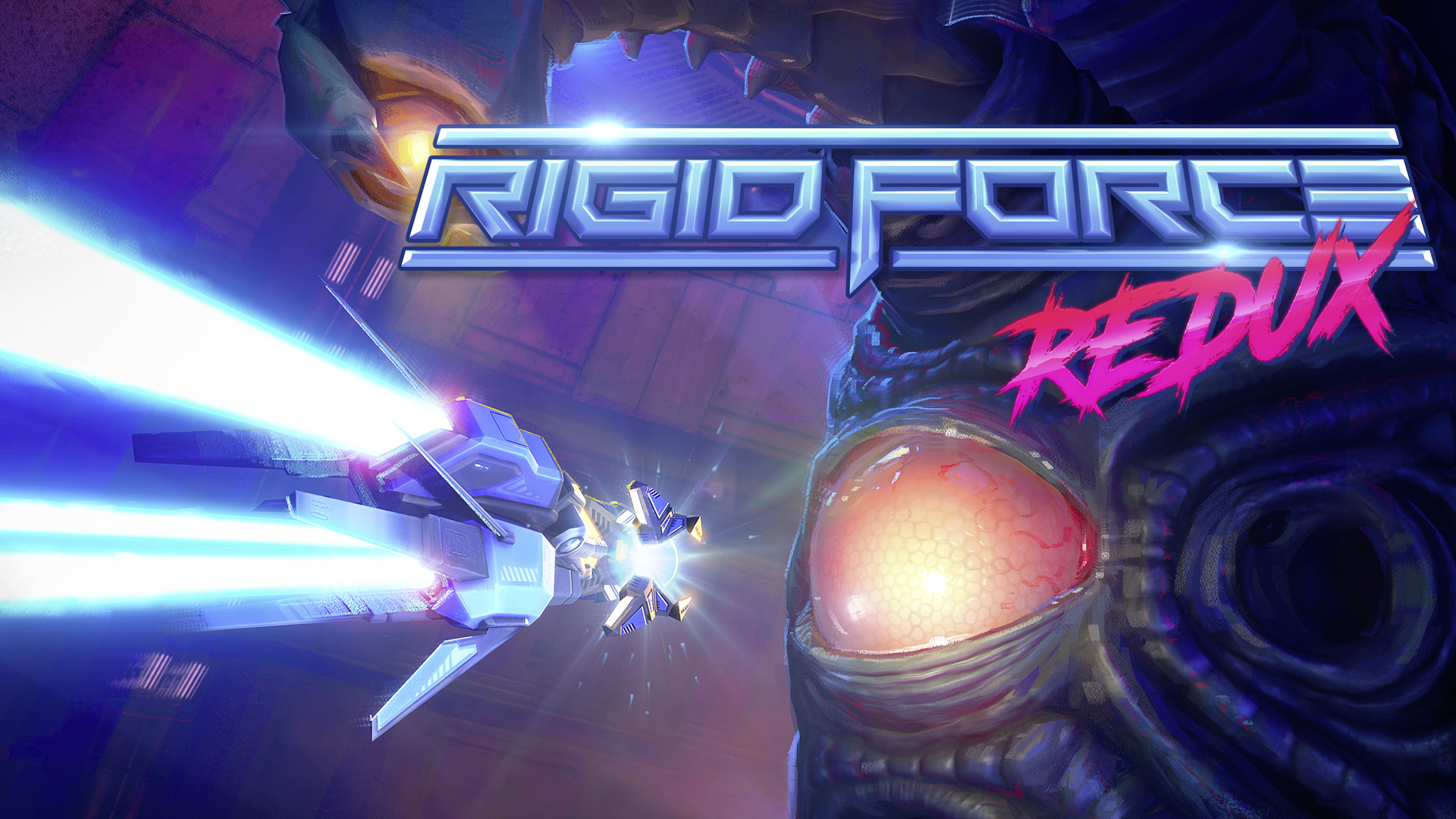 Rigid Force Redux is a side-scrolling shoot’em up akin to the classic “Graduis” but rendered in beautiful 3D and carries somewhat of an 80’s vibe with its mostly blue & Magenta color palette and its electrifying synthwave soundtrack.

The game plays as you would normally expect from a side-scrolling shooter, but with added mechanics that gives flavor to this title, and sets to differentiate the gameplay experience into something unique from the classics. As your fighter-jet’s arsenal is expanded with weapon shards that can modify the shooting behavior of your main gun, either focusing all your firepower into a tight line creating an instant death zone where no enemy can survive, or maybe expanding the projectiles angle to make spread shots potentially covering the entire front side of the screen ahead of your fighter-jet, you could also direct your guns to shot the rear, or even shoot both the rear and the front making Rigid Force Alpha the nucleus of a bullet hell for your enemies.

New mechanics also include the ability to use charged shots once you collect enough energy, unleashing the full might of Rigid Force Alpha through a decimating blast that can reduce any opponent into space dust if they happen to be on the receiving end.

The graphics are a definite highlight of this title, the 3D rendering complements the stunning environments; desert outposts, arctic command centers, even the dark blue space looks gorgeously represented, with lighting effects bouncing off enemy space ships as you fire at them, the game really is visually pleasing. And the visuals combined with the stunning synthwave soundtrack create an 80’s kind of vibe that -i think- pays homage to the era when the classics; Graduis, and R-Type first came out. (note from the Author to the younger audience; Graduis and R-Type are the granddaddies of the shoot’em up genre)

The weapons loadout, as well as the enemy variety and behavior keep the pace of the game fresh and fun, and breaks the monotony of a typical shooter as developer com8com1 have done an excellent job in crafting a game pace balanced across the entire story, however the same cannot be said regarding game difficulty, as it is incredibly easy at parts, and extremely unforgiving at others, and the difficulty settings do not seem to reflect an accurate difficulty curve as one would expect. Or maybe simply I am a bit rusty in shoot’em ups, I’ll let the reader be the judge.

There are extra modes such as arcade mode, and boss modes that further enhance the replayability, which is really this game’s strongest suit. A fun accessible shooter with appropriately sized levels that you can whip out and play for a couple of minutes in a waiting room or during your commute, or strap in for long hours of play. And for a completionist like myself, the achievements system always keep me returning back to the game, further enhancing its longevity.

I had a lot of fun with Rigid Force Redux, a game that truly captures the magic of the early gaming years, and is in its essence a classic with modern visuals and mechanics.

Rigid Force Redux is developed by the talented folks at com8com1, and is available on the Nintendo eShop here.

Special Thanks to the publisher Headup Games for the review code ! 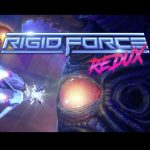