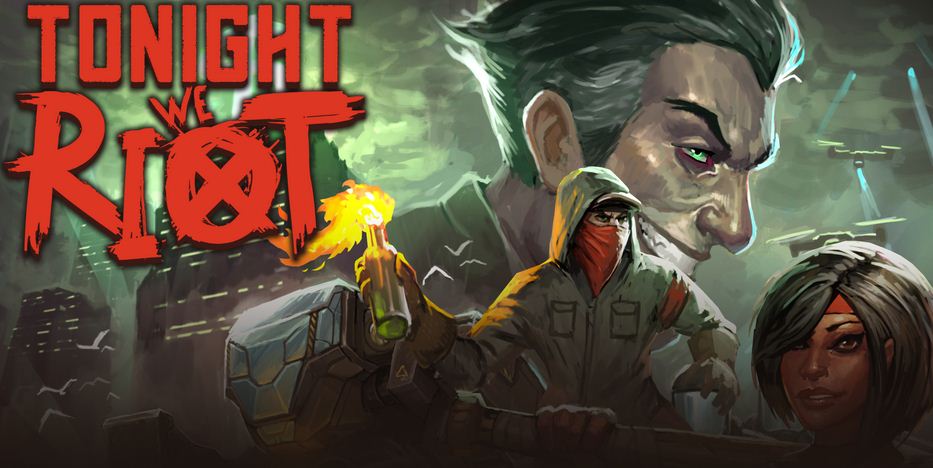 Tonight We Riot is a crowd-based 2D side scrolling brawler with 2-player couch co-op. A self-described unapologetically political, socialist game about worker liberation in the face of overpowering capitalism, which I don’t have a problem with, IF it was implemented properly.

Let me start by saying that the freedom fighters thing, the revolution against the 1% and all that is an account I subscribe to, and have always loved every game that shared a similar narrative. But that alone couldn’t carry this game’s weight.

So, you play as a riot leader, and you control a whole crowd, collecting weapons and bashing riot police in the first few levels, then the game takes a weird twist and you fight against farmers for some reason. And it’s the same formula, rinse and repeat, and basically all you have to watch out for is destructible objects that could blow up in your face and hurt your crowd, with maybe one section that’s a change of pace when you get to drive a monster truck and escape a wood-chipper.

The simple, repetitive button-mashing brawler gameplay, combined with the okay 2D pixel art graphics and retro-synth soundtrack, and the decent story amount a playable experience, but not one that I could fully enjoy.

I guess the silver lining is that you do get to kick the evil billionaire’s butt eventually.

I consider this game a missed opportunity at what could’ve been otherwise a masterpiece, and I’d rate this game a 6/10

Tonight We Riot is available at the Nintendo eShop here

Special Thanks to Means Interactive for the review code