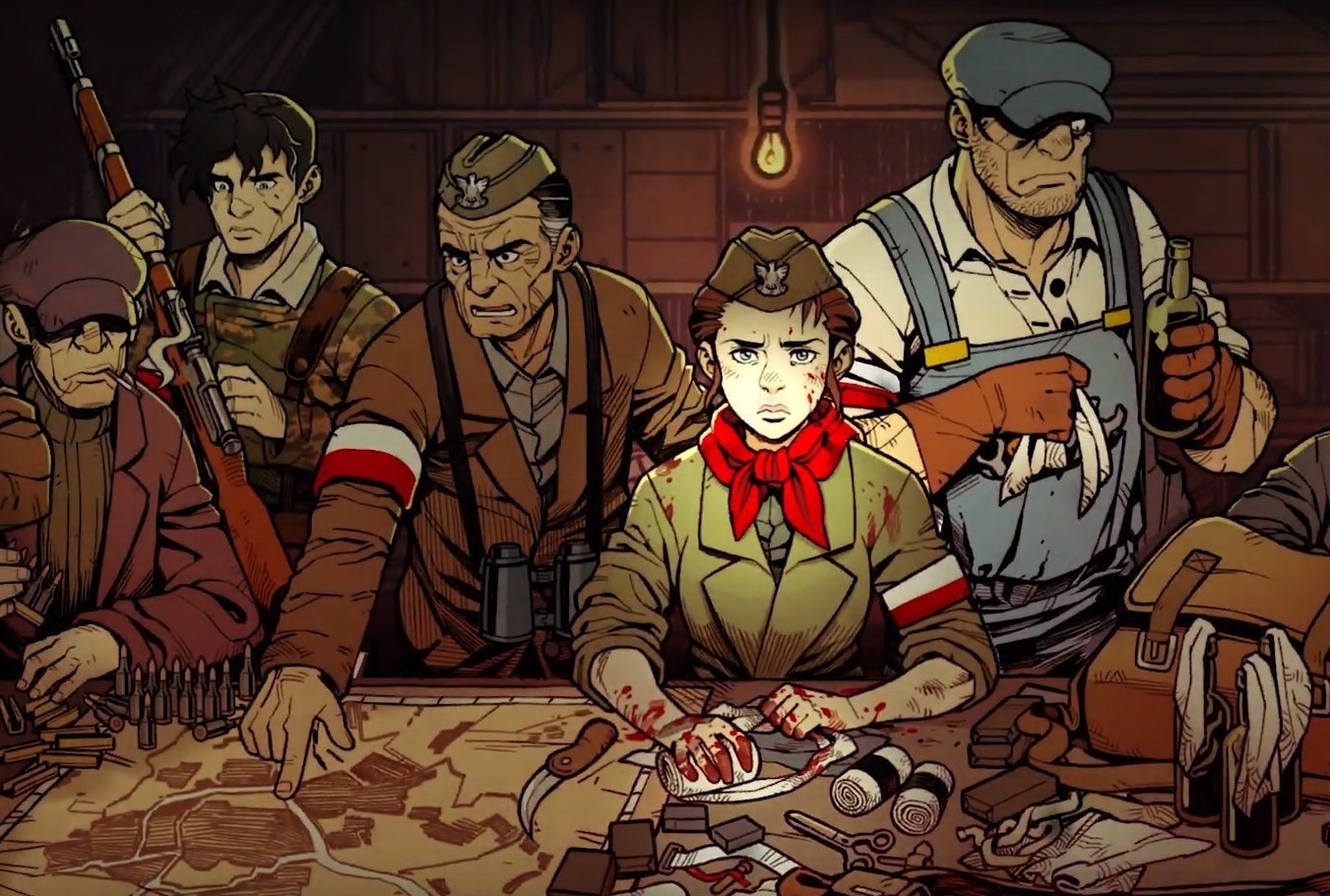 Have you played Darkest Dungeon? You know, that weird but beautifully designed rougelike, which makes you rage quit after every run, until you really learn how to play it properly.

When I first seen pictures of Warsaw, I thought it will be similar if not just a clone of it.

I’m more than happy to announce, Warsaw is a nice ‘hommage’ to Darkest Dungeon but also it gives you so much more. Specially if you know our history.

Im not sure how many of you are familiar with the Warsaw Uprising. Thanks to Wikipedia here is a quick summary for you.

The Warsaw Uprising (Polish: Powstanie Warszawskie; German: Warschauer Aufstand) was a major World War II operation, in the summer of 1944, by the Polish underground resistance, led by the Polish resistance Home Army (Polish: Armia Krajowa), to liberate Warsaw from German occupation. The uprising was timed to coincide with the retreat of the German forces from Poland ahead of the Soviet advance. While approaching the eastern suburbs of the city, the Red Army temporarily halted combat operations, enabling the Germans to regroup and defeat the Polish resistance and to destroy the city in retaliation. The Uprising was fought for 63 days with little outside support. It was the single largest military effort taken by any European resistance movement during World War II.

I’ve read books about this heroic fight back in a days, when I really wanted to understand what happened during WW2.  This fight was so hopeless, so devastating, that reading through what happened there was a massive emotional rollercoaster for me.

Lets see if this game could capture that horror what happened during this 63 days period.

Yes, it is similar to Darkest Dungeon. You recruit some solders with different perks and trying to go through the map, without being spotted by Nazis.  Easy right?

Let me tell you this game is hard. Why wouldn’t it be, if you read the story summary above you would not expect a joyride aren’t you.

You start in a camp, where you can recruit solders, upgrade them give them perks items etcetera  etcetera. Then with your team start the map and trying to live for another day. What happens if the Nazis spotted you? Well, it is battle then, where your chances are quite slim. As you would expect the Polish Resistance not as equipped as the solders of the Third Reich. You will always be weaker than the enemy, so be prepared to think and utilize your unit for the best way you can.

Every fight will give you this hopelessness feeling, you are fighting for your troops life, just to get through the current fight. And even if you do many of your recruit will fall, its permadeath, if they die, they’re dead for good. If they survive, they wont heal just because you defeated some Nazis, no they need some days to recover, so bring your best solders to a mission isn’t always the best idea. You need to learn how micro manage your camp and the resistance as you are running on limited resources, or you will fail.  Between the fights you have to make some though decisions which will effect your troops as well.

Said that, I expected a bit more personalized story with carefully built up characters you like, so they will grow on you and you start rooting for them because of the bond the game built up with them and not just because the effin Nazis after them.

I believe they picked a good historical event but because its just a game they did not go that deep as this topic would require so.

Stunning. Love the artwork and love the character design. If you ever read the comic called THE GOON (you should btw) you know what to expect.  Again, quite similar to DD but that’s never an issue. Maps are bit blunt, but to be honest what would you expect from a war torn city and the surrounding areas.

The sound design and the music is excellent. Perfectly matching the game’s atmosphere.

For £17.99, you can score an amazing game what preforms just right on the Nintendo Switch, sometimes hard and grindy but really enjoyable, IF you like this genre. It is important to note, you will fail, you will perish, you will lose your “best“ troops, and you will swear A lot. But if you ever tried Darkest Dungeon, or Dark Souls, you know these punishing games, you know what you signed up for.

It’s a really good game, I’ve put a good 15-20 hours in it, and I’ve enjoyed every minute of it, of course there was some hard times, but it is a brilliantly hard and enjoyable game. Not for everyone, but if you are up for the challenge and have a genuine interest towards WW2 events, pick this up, you won’t regret it.

Thank you so much for crunchingkoalas and Pixelated Milk for our review code. 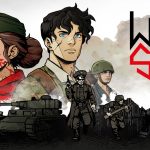 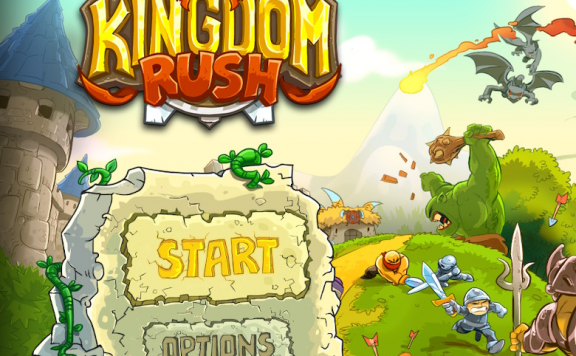 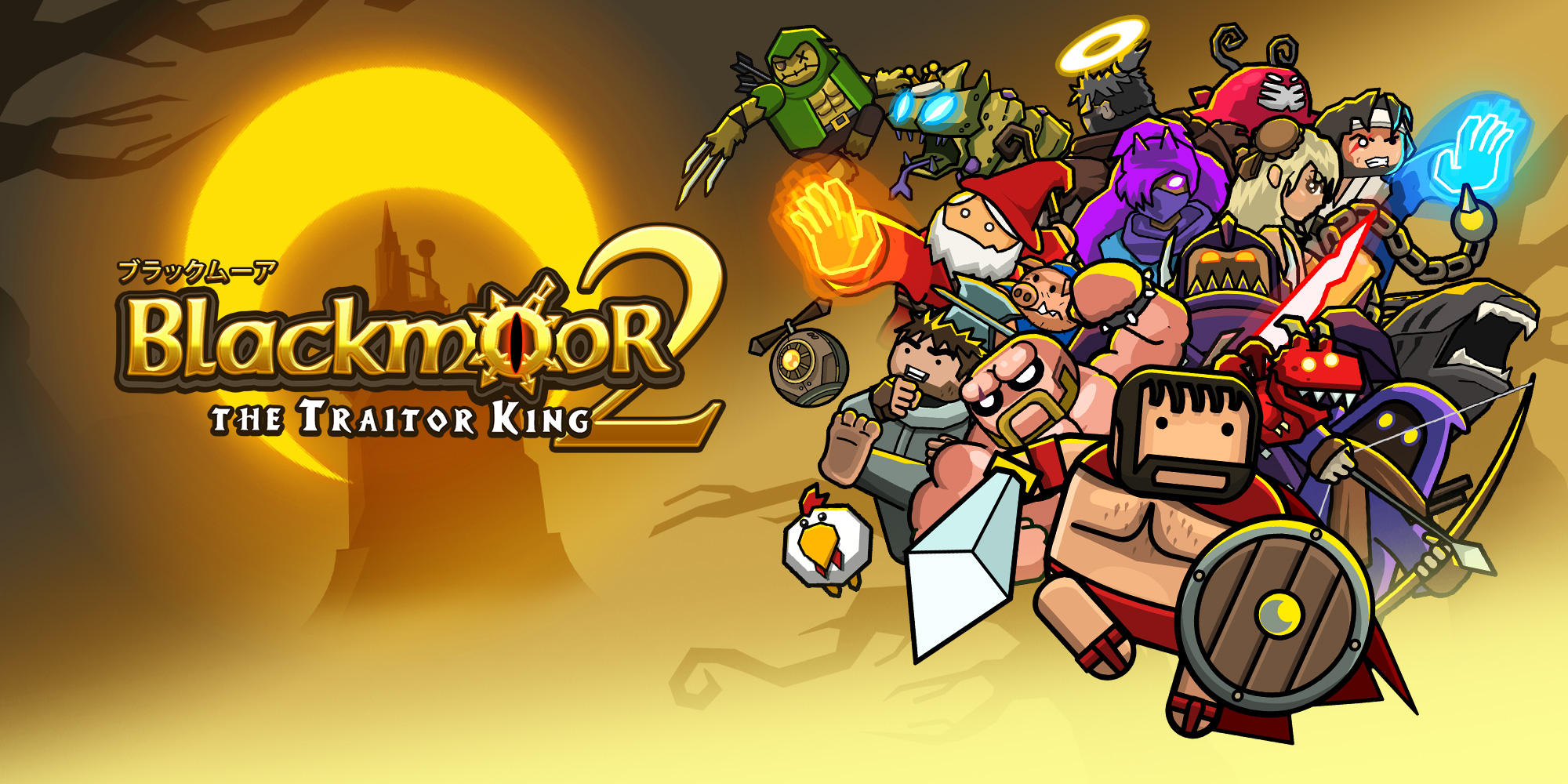 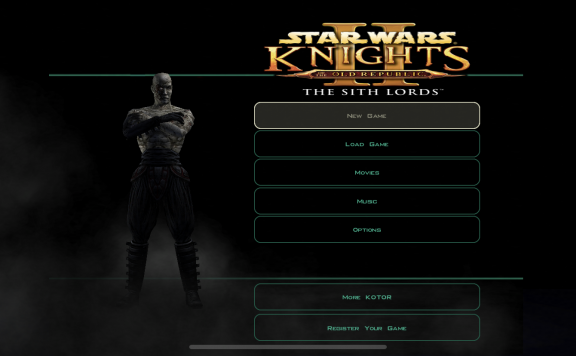