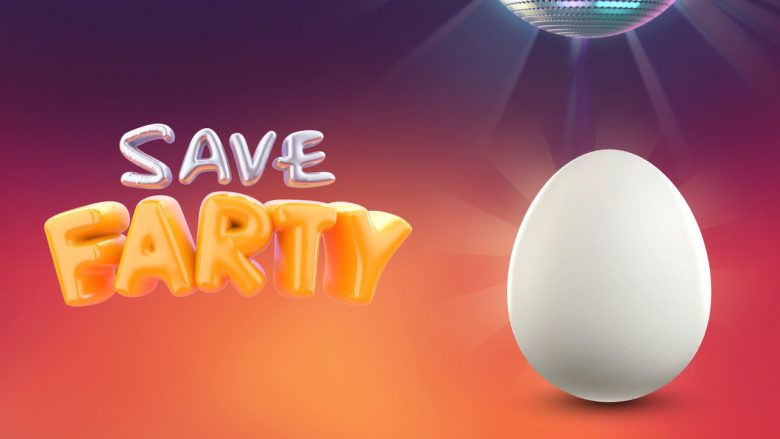 Save Farty is a Q&A trivia quiz game that challenges your general knowledge. Akin to “Who wants to be a Millionaire” where you lose if you answer just one question incorrectly, aiming for the highest score while relying on your wits and your valuable lifelines.

Farty is a flatulent bird, who everytime you answer a question correctly; gets his relief twofold; once when he gets to unclog his constipated bowels and release some air, and twice when he escapes one of the many brutal fates he could meet if you answer a question incorrectly. The premise is kind of silly, and it is, but all in good fun. Farty is somewhat likable in a way, and the cunning devs at thebinaryfamily surely had their fun in finding new and creative ways to finish off poor Farty in quite hilarious ways.

The positives however are limited to the previous praise. And the game mechanics and balancing prevent me from paying additional compliments to this title. As For starters; there isn’t really an ultimate goal to the game like reaching 15 correct answers in “Who wants to be a millionaire” show for example. I got past 25 correct answers (which isn’t easy) but with no end in sight. The eShop listing page says the game has over 5000 questions. Surely they can’t expect the “stopping point” of the game is to answer all 5000, or 1000, or even 100. Who in the world answers 100, or even 50 questions correctly in a row ? and with that, the game deprives you of any sense of achievement, and makes the game fall flat on its face pretty quickly.

Another nitpick are the questions themselves. They don’t scale up the further you progress as any other trivia game/show would do. Sometimes you’re hit with a PhD-level question right from the get go. And other times you get 20 kindergarten-level questions in a row, making your highscore really a test of luck not one of knowledge or skill. And even the question balancing seems a bit off, as a person who has lived extended periods of time in America, Europe, Africa, and Asia. I can easily tell that the questions are somewhat biased -probably unintentionally-. And generally fall under the realm of general knowledge of what an average European would know. This certainly would cause frustration to an American or an Asian audience.

The lifelines are also not that much helpful. You get three of them; the first is 50:50 which removes one wrong answer of the three available choices. And I have thoroughly tested this lifeline. And is it my belief that the game’s programming does not remove a wrong answer by random. But deliberately removes the most outlandish choice of the bunch that you already know would never be the answer, rendering this lifeline absolutely useless. Second Lifeline is time extension by a few seconds. which again isn’t very helpful because if you don’t know the answer then a few extra seconds won’t do you any good. Unless you’re planning on cheating and looking up the answer. Which defeats the whole purpose of having fun with the game. Your third and last lifeline is the one that is actually useful; it automatically picks the correct answer for you. Which is a nice helping hand.

Save Farty isn’t bad. The first few times you have a go at it are surely enjoyable. But for me, it is not a game I would pay full price for. And would only recommend giving it a try when it’s discounted to 50% or more.