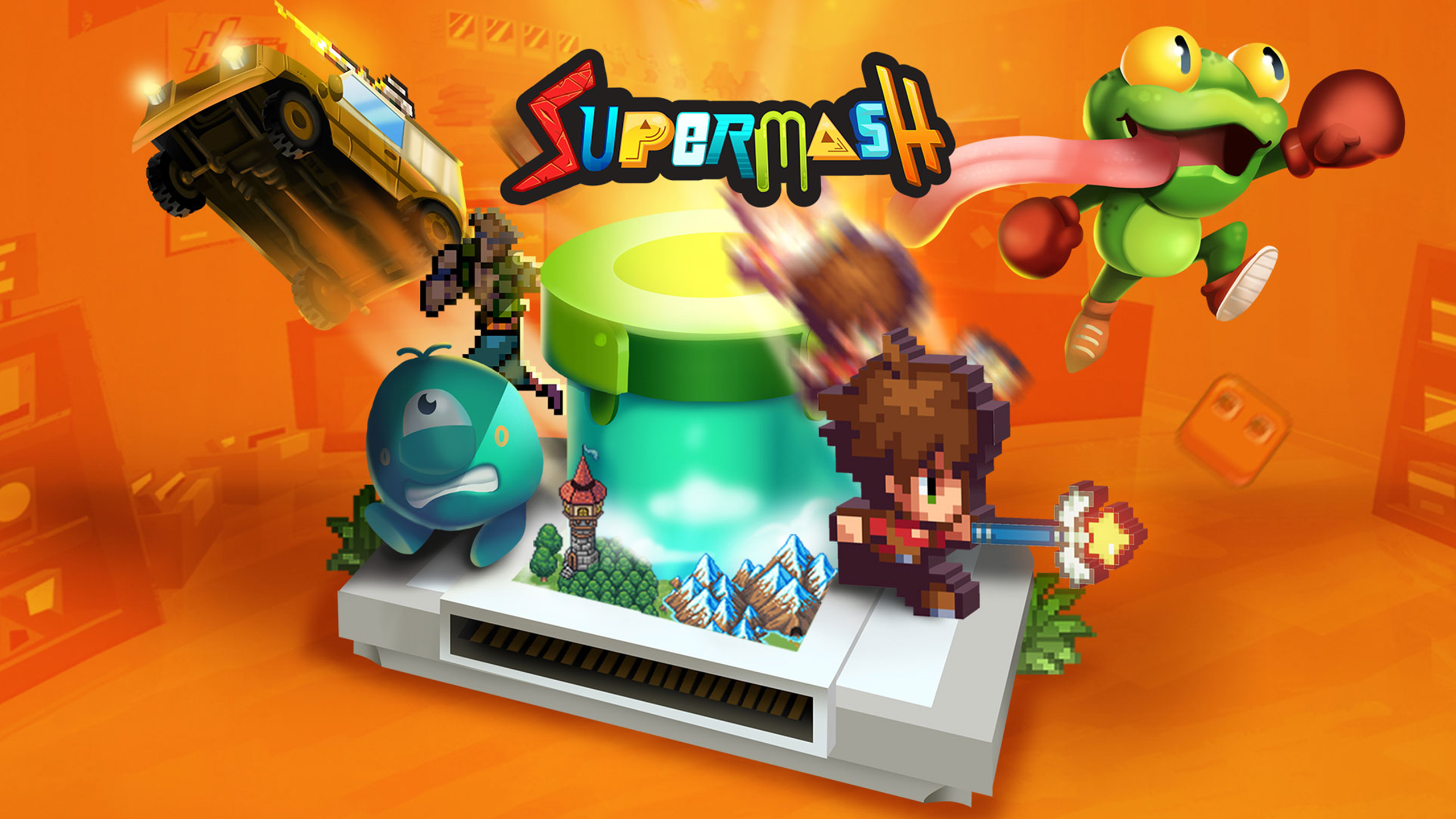 SuperMash is a randomly-generating game-creation engine, turned into a game. It’s the game that makes games! Think PlayStation’s “Dreams” but with easier creation tools.

SuperMash basically has the player mashing two SNES-like cartridges, each of a classic 16-bit era genre, into one randomly generated game, or mashup as they call it, this mashup is built mixing elements from both selected genres, for example a Shoot’em-up mixed with an Action-Adventure could result in a Shooter with a flying sword-wielding protagonist, or an Action-Adventure dungeon crawler with fighter jets !

The mashups range from amazing AAA-feel masterpieces, passing by weird random mashups that the player wouldn’t even fathom in their wildest dreams, to downright unfair punishing mashups. But this is the true strength of the game and where it absolutely shines, because no matter how unfair, broken, or unplayable the randomly-generated mash is, the player can always control the chaos using unlockable set-parameters, that help the player impose their own selections into a still randomly-generated mash, but steered into their preferred direction, and bearing their unique imprint.

Anyways, describing the endless possibilities for the mashups could take a while, so lets dive into the game specifics, ’cause the game isn’t just a mashup-creation tool, the talented developers were smart enough to make it a full fledged game, with a story mode, unlockables, and even boss fights !

So, the player follows the story of a bunch of teens who obtain this game-making machine, and they have six genre cartridges; Action-Adventure, Platformer, Shoot’em-up, Stealth-Action, JRPG, and Metroidvania (renamed to Metrovania in the game… for legal reasons). And the story mode picks up where there’s this mysterious journal of six pages, one for each game genre, and the more mashups the player creates, and unlock items within these mashups, the more ‘goals’ are unlocked in this journal, and once all the goals on a page are checked, the player encounters a pre-designed boss fight.

Also, the more the game is played, the more “dev cards” are unlocked that let the player control the mashups, so they can pick a specific character, certain enemies, a certain level theme, and glitches. Now, those glitches are the game-breaking .. well .. glitches that either makes or breaks the mashup. Depending on the selected difficulty, random glitches are assigned, some glitches benefit the player like restore health with every attack or jump. Other glitches, not so much, such as glitches that spawn enemies with every enemy killed, or the “ghost” glitch that spawns an inescapable chasing ghost skull, eventually killing even the most skilled players. However, those glitches are what changes the gameplay dramatically, and create opportunities, or force a certain play style, thus, further increasing the endless possibilities and fun, and that could have the player playing this title essentially forever and encountering a brand new game every time.

This game is easily a 10/10 rating, I mean, for the price of one game, you get unlimited games, pretty sweet deal if you ask me. And not just any games; who doesn’t like classics like “Face-Punching Stabby”, “Martini Kingdom”, or everyone’s fan favorite: “Aunt Pits!” (Yes, those are some of the randomly generated mashup game titles)

SuperMash comes from the creative minds at Digital Continue, and is available at the Nintendo eShop here

Special Thanks for Digital Continue for the Review Code. 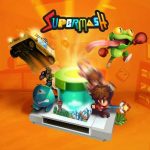