In 1980, Games Workshop founders Steve Jackson and Ian Livingstone came up with an idea. To create a book where the reader could choose their own adventure. Not just immersed in a story but actually be the hero in the story and where your actions and decisions shaped your destiny in a world of monsters and hidden treasures and perils.

Two years later it came to fruition. The Warlock of Firetop Mountain published by Puffin was a great success and planted the seed for the franchise of fighting fantasy game books that would be published,read and played and infused in the minds of readers in over 17 countries worldwide.

In 1983, Jackson published the sequel to Firetop Mountain called the Citadel of Chaos. Not just resting on his laurels though, Steve had other ideas for another set of books. Whilst the other titles were aimed at children. From 1983 to 1985 came the four books of Sorcery. Epic adventures aimed at a much older category of reader. Book 1: The Shamutanti Hills, 2: Khare: Cityport of Traps , 3: The Seven Serpents , 4: The Crown of Kings.

Over the years we’ve seen the transition of these books to digital formats and the natural progression to mobile platforms and consoles. Fast forward to today and particularly on Nintendo Switch. Players hoping to revisit and recreate the fighting fantasy experience have multiple opportunities. The Warlock of Firetop Mountain has its own standalone game but is also included in another version with sequels Citadel of Chaos, City of Thieves in Fighting Fantasy Legends.

On load up you are instantly hit by some slick and stylish presentation. Thick white rolling clouds are accompanied by some darkly atmospheric war fuelled  band score as the game title suddenly emerges from behind the clouds to mark its stamp. It’s simple but effective and at this point in time you’re immediately hit with that creeping feeling of positivity that “we’ve got something good here”.

The story is set on the fictional Fighting Fantasy world of Titan, on the continent known as The Old World. A powerful artifact known as the Crown of Kings, which bestows magical powers of leadership upon its owner, has been stolen from the land of Analand by the cruel Archmage of Mampang Fortress. With the Crown, the Archmage will be able to gain leadership of the lawless and brutal region of Kakhabad and begin an invasion of surrounding kingdoms. The player takes on the role of the lone hero, referred to only as the Analander, who has been dispatched to retrieve the Crown, thereby averting the invasion and saving Analand from terrible disgrace. The quest itself is divided between the four titles in the series:

Details the player’s quest and attempt to navigate the hills and plains surrounding Analand while defeating various monsters and avoiding traps.

Relates the player’s attempt to pass through the dangerous city of Kharé and find the four lines of a spell required to open the Northern Gate and allow an exit from the city.

The player crosses the Baklands, a vast and dangerous wasteland, in a quest to find and defeat seven magical serpents: servants of the Archmage who are travelling to warn their master of the Analander’s approach.

The Crown of Kings

The final adventure details the player’s attempt to find and penetrate Mampang Fortress – stronghold of the Archmage – and defeat the enemy before reclaiming the Crown of Kings.

For those of us unfamiliar with this or previous works. Steve Jackson’s worlds are full of character and depth and an excursion through any one is an adventure fraught with danger and peril around every corner and Sorcery in any chapter is no exception.

Each character move is met with a detail rich chunk of text and on occasions, an illustration like the page of a book. Players are often met with multiple choice decisions to make. Which direction to turn, whether to speak to a character or ignore them or whether to take an item or leave it are just a few examples.

Throughout your adventure there’s only three attributes that need careful monitoring. Stamina needs to be maintained at adequate levels in order to walk and fight. Gold for buying items or to rest at the multitude of inns and taverns scattered around the map and provisions in order to top up low stamina levels. It’s simple in theory but without gold you can’t buy rest or food and without food your stamina becomes low and your situation and health more perilous and dangerous than any adversary or trap you might face.

For those of us that are familiar with the fighting fantasy series. One particular aspect you will quickly notice is that the standard dice roll that previously determined starting provision items, gold and especially for combat scenarios is gone.

Sorcery deviates away from that by starting players with a predetermined quantity of gold and provisions and introduces a brand new system for combat.

As you start venturing and exploring there’s plenty to pique your interest. You’ll travel through towns full of strange people, familiar races such as elves, ogres and giants, odd architecture and statues in town squares and a huge amount of unrecognisable creatures both friendly and unfriendly. As you traverse up and down through winding paths,cross fields or enter thick woodland to find that quaint cottage with the sweet old lady offering you some much needed food and drink. There will be numerous occasions and situations that suddenly surprise you and place you in immediate danger. You have no choice but to defend yourself so what do you do?

In comes three possible methods of defence. Your fists, your sword or your spell book and with the first two comes the games combat screen.

It’s a simple control system. Each character has a stamina bar and by a quick movement of the stick left or right determines the action. Far left keeps the bar pointer at the bottom and is the maximum degree of defence at 0. This also conserves as much stamina as possible and limits the damage from enemy blows. Far right and at the top is the maximum attack blow you can administer but at a cost of more stamina. Therefore each turn is a determined weighing up of when to strike and when to block and to gauge blows at the right level to maintain stamina levels and finish your enemy as efficiently as possible. It would seem too simplistic and too basic to warrant any degree of interest and seem tedious after a few battles  but strangely, this game has so many different enemies and scenarios. Combat has never been short of engaging and every victory satisfying when seeking progress and rewards.

The spell book is given to the player right at the beginning of chapter one. It’s a beautiful piece with every page of its 48 spells wonderfully illustrated and page accessible with the flick of a stick.

Of course you are only given three spells to begin with. Beginners will want to use ZAP to fire lightning bolts at enemies with further spells locked away in the big game world if you can find them.

Casting couldn’t be easier with players taken to a revolving ball of letters and then picking out the three letters that correspond to the spell in order to cast it.

The spells are varied and in many cases will be life saving. Spells to unlock doors, build magical barriers and remove items from enemies are just some of the tools that might just get you out of tricky situations and traps.

For it’s initial look, the player counters are rather basic and monochrome. Choice is limited with either male or female to choose from and it isn’t until you venture onto the main maps that you can see why the monochrome look is there. Each map is a beautifully drawn environment infused with colour and a wonderful 3D effect as higher ground like banks and hills rise as you move around. The monochrome is clearly to identify your counter in such a detailed environment and it works marvellously. Combine that with incredible sound effects like running water when you’re near rivers and the sounds of birds in rural areas and the distant chatter of people in populated towns and you get a fully immersive experience that’s a credit to the developers. The map almost lives and breathes..

The user interface is sadly not that impressive though. It’s functional and does the job but moving through clue sheets, inventory, spellbook etc is much more cumbersome than it should be. On top of that, highlighted pieces are really hard to make out against the colourful palette and are just about readable feeling that a few tweaks here and there are needed to make things far more easier and manageable.

Other parts of the map interface though are a bit better and the main tool you’ll be using most is the back page function at the bottom centre and activated by the L button. This is a game where choices and experimentation leads to death and dying often and I guess continuously having to restart all over each time would get too tedious. So luckily, developers have added the back page feature so that when you die you can rewind the action to any point before your demise. The equivalent of turning back your book page and the opportunity to maybe change routes or change decisions or retry a combat scenario you lost. It’s a good feature and I appreciate the pitfalls if it wasn’t there but there’s a part of me that just thinks..well it’s cheating really !

Overall though,my experience with Sorcery has been largely enjoyable. Steve Jackson’s gameworld here is a much darker and sinister place but with its customary traps,shocks and surprises still in place and packed into every single millimetre of its maps.

I really appreciate how these game books transition on digital format and still allow your imagination to fill in what you read. The occasional pictures in the text do sometimes break the image and impression but never does that become a negative thing.

As regards its value for money. Sorcery comes in at a $25 price tag at almost twice the price of the other games in the fighting fantasy series. It’s not until you play and appreciate the sheer size and scale of the four big chapter maps that you realise there’s tremendous value for money in this package with tons of replayability on offer.

Thanks to Inkle / No Gravity Games for the code.

Summary
SORCERY is probably the best adaptation of a gamebook to date. A polished gem containing 4 big chapters that will test your decision making skills and combat technique. A few niggles cannot change the fact that this game oozes quality with loads of monsters,traps,treasures and spells and all packed in one great replayable package. Superb!
Good
Bad
9.3
Amazing
Artwork - 9.5
Narrative - 9.5
Sound - 9.7
Presentation - 9
Gameplay - 9
Value - 9 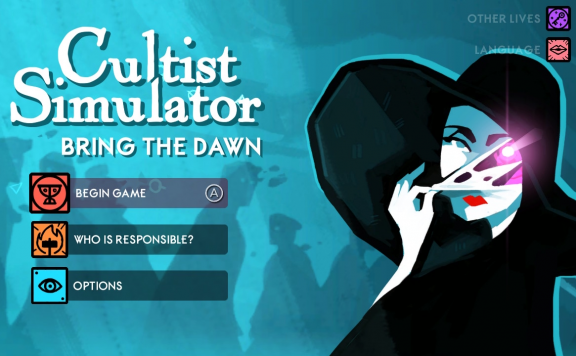 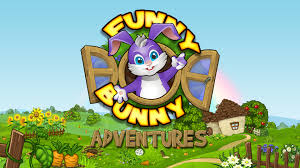 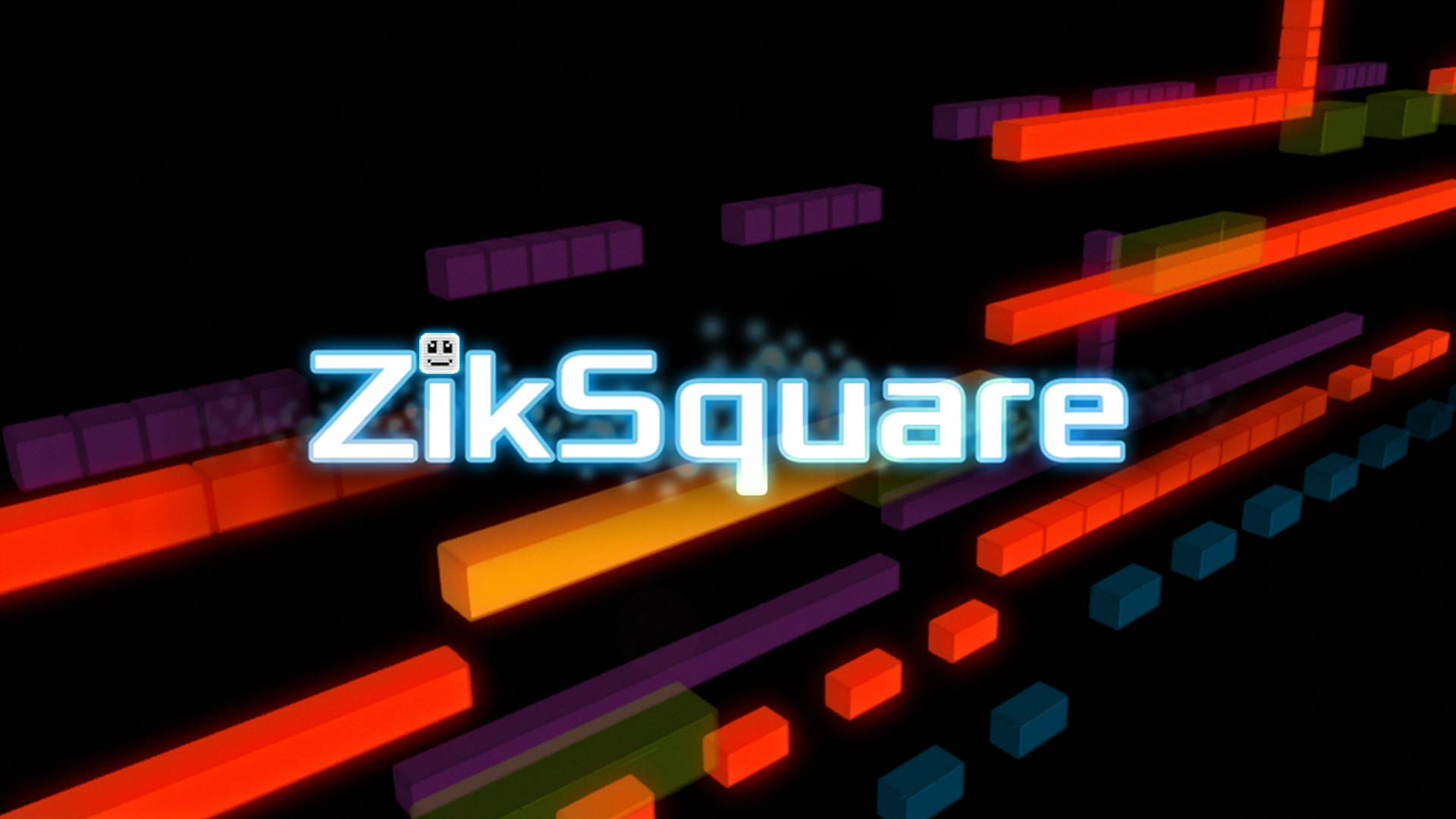 In 1980, Games Workshop founders Steve Jackson and Ian Livingstone came up with an idea. To create a book where the reader could choose their own adventure. Not just immersed in a story but actually be the hero in the story and where your ...
0
Average User Rating
0 votes
Have Your Say!
Your Rating: 0
Submit
Write A Review